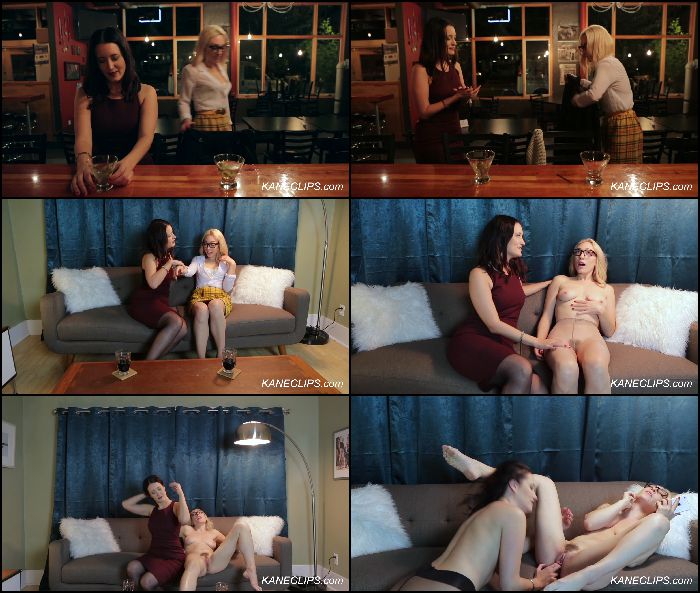 The Chameleon starring Kimberly Kane & Lily LaBeau Naïve Lily is a brilliant freelance IT consultant who is on the verge of becoming a security cleared cyber security consultant to the defence industry. Kimberly is a highly trained Russian sleeper agent who aims to replace Lily and assume her identity. Once Kimberly decided to target pretty Lily she is unlikely to survive the encounter as Kimberly is a beautiful but assassin. Outwardly Kimberly is a free spirited west coast gal but really committed to Mother Russia. After a ‘chance’ encounter in the hotel bar and one cocktaIl the normally security conscious Lily inexplicably goes up to Kimberly’s hotel room. When the substance Kimberly slipped into Lily’s cocktaIl starts to take effect, Lily becomes giggly and ditsy as she says she doesn’t normally do things like this. Kimberly keep cool and calculated as she begins to make out with the euphoric Lily. Kimberly knows what she needs to find out and how long she have before the toxin does its work. Initially Kimberly gets Lily to take off her smart blouse, Kimberly stands behind her caressing her pert vibrant tits as she whispers seductively in her ear. Lily happily tells her about her new job and how she’s to report in the morning. As her dress falls to the floor and Kimberly rubs her panties she confirms she’s never met her new colleagues. Lily feels very strange yet is thrilled by Kimberly’s suggestion for a game of truth or dare. Playing truth she unwittingly discloses all her top secret security codes and passwords in return for the dare of Kimberly to take off her sexy panties. A giggly nude Lily happily gives Kimberly access to her computer and IPhone allowing her to alter her DNA, dental, iris and fingerprint records to Kimberly’s in return for allowing her to dare to remove her pantyhose. The trippy substance Kimberly slipped into Lily cocktaIl clouds her judgement, making her euphoric and horny. Kimberly continues to interrogate her for information to help her to replace Lily. Lily is oblivious to her fate as she tells Kimberly everything she wants to know. Kimberly has had years of training pleasuring both men and women and her tongue and dexterous fingers are far more effective than waterboarding. Lily is squealing in delight as Kimberly pleasures her. Later Lily’s naked body, eyes open, lies on the floor of the hotel room. Kimberly created a Jane Doe identity, a high class escort, for her. It’ll look like she partied too hard and Kimberly made sure Lily’s limp body looks delectable so the decadent authorities are more interested in taking pictures than asking awkward questions. Later Kimberly reports for duty at her new job to take control of US cyber security for MOTHER RUSSIA
0:28:17 | 1920×1080 | mp4 | 819Mb 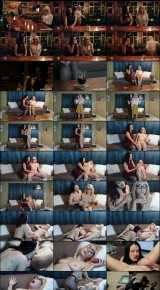