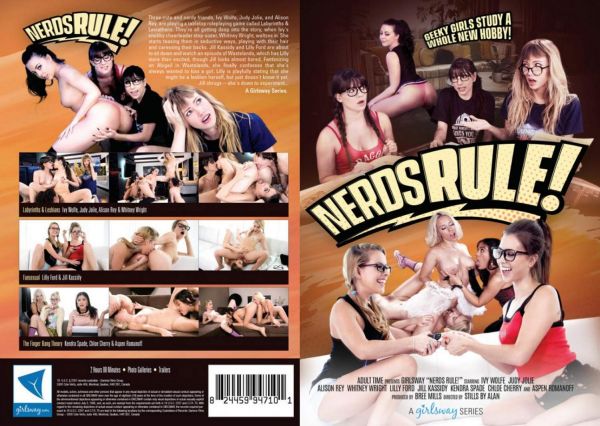 Geeky girls study a whole new hobby! Three cute and nerdy friends, Ivy Wolfe, Judy Jolie and Alison Rey, are playing a tabletop roleplaying game called Labyrinths and Leviathans. They’re all getting into the story when Ivy’s snobby cheerleader step-sister, Whitney Wright, waltzes in. She starts teasing them in seductive ways, playing with her hair and caressing their backs. Jill Kassidy and Lily Ford are about to sit down and watch an episode of Wastelands, which has Lily more than excited, though Jill looks almost bored. Fantasizing on Abigail in Wastelands, she finally confesses that she’s always wanted to kiss a girl. Lily is playfully stating that she might be a lesbian herself, but she doesn’t know it yet. Jill shrugs – she’s down to experiment 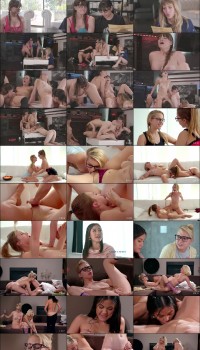